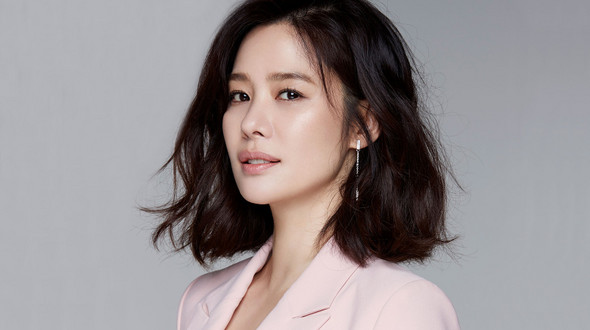 Kim Hyun-joo is a remarkable woman. Born in North Korea in the late 1940s, she was just 11 years old when the Korean War broke out. Eventually, they made their way to South Korea, where Kim started her education at an elementary school for refugee children. She then went on to pursue higher education, eventually earning a degree in engineering from Seoul National University. In short, Kim is an incredible individual who has done so much for her country and for humanity as a whole. In this blog post, we will be discussing her life story and how it reflects the wider issues facing the leather industry today.

Kim Hyun-joo was born on September 18th, 1975 in South Korea. She is a actress and singer. Kim Hyun-joo started her acting career in 1997 when she starred in the documentary film, “My Country My Pride”. Kim followed that up by starring in the television series “Healthy Men” in 1998. In 2001, she starred in the television series “Tears of Heaven”, which won her acclaim as an actress.

In 2003, Kim made her musical debut with the album, “Empty Garden”. The album was well received and won her several awards. In 2006, she released her second album, “A Flower Blooms Again”, which also received positive reviews. Her third album, “Red Moon” was released in 2009 and achieved even greater success than her previous two albums. Her latest album, “Wonder Woman”, was released in November of 2017.

Kim has appeared in a number of films and television shows throughout her career. Some of her most notable roles include starring as Jang Na-rae in the 2005 film “The Host”, playing Lee Sun-kyung on the popular Korean drama series “Winter Sonata” from 2007 to 2008, and playing Yoon So-yi in the 2013 film adaptation of Jung Ji-wook’s novel series, “The Handmaiden”.

Kim also has a successful singing career. She began performing as a solo artist after releasing her first album, ”

Kim Hyun-joo was born in North Korea in 1984, and from a young age she knew she wanted to join the military. In 2003, when Kim was just 17, she enlisted in the North Korean Army and began her training to become a soldier.

In 2006, Kim was deployed to South Korea as part of the North Korean army’s ‘Wonbok San’ (‘Army of the Sun’) unit. The unit was tasked with guarding the border between North and South Korea. Kim’s Unit played an important role in tensions that arose between the two countries during the early days of the Korean War.

In 2007, Kim was promoted to sergeant and transferred to Pyongyang where she served as an intelligence officer for the 9th brigade. In 2010, Kim defected from her unit and crossed into South Korea on foot. She has since lived in hiding and is one of only a handful of soldiers who have left their country under forced enlistment and defection.

Kim Hyun-joo is now a refugee living in Seoul and works as a human rights activist alongside other defectors who have shared her story. She is determined to help others escape from North Korea and promote democracy within her home country

Kim Hyun-joo is a South Korean woman who, in 2001, was taken from her home in North Korea and brought to the United States as a political refugee. She has since then lived in the U.S., working as an engineer and raising two sons. In early 2015, after years of preparation and with the help of a network of activists, Kim returned to South Korea on a one-way ticket.

On her way back to her homeland, Kim was met by crowds of cheering supporters at each airport she passed through, including Seoul’s Incheon International Airport where she boarded a plane bound for Seoul. Upon landing in South Korea, Kim walked down the aisle of the airplane to greet her family and friends who had waited for her all these years. Video footage of this emotional moment has been widely shared online.

Kim Hyun-joo was just a regular high school student in South Korea when she decided to take up tennis as a hobby. Little did she know that this decision would lead her to become one of the country’s top tennis players and, eventually, find herself playing in international tournaments.

In 2003, Kim made her debut on the national circuit and quickly rose to prominence. She was awarded the prestigious Kia Best Young Tennis Player Award in 2006, and won the IWTA World Tour Women’s Singles title that same year. In 2008, she became the first woman from South Korea to win a WTA Tour singles title when she won the Mutua Madrid Open.

Kim has since gone on to cement her position as one of the world’s top female tennis players, with notable victories including the Australian Open (twice), French Open (twice), Wimbledon (once) and US Open (once). Her latest victory came at the 2018 Wuhan Open, where she triumphed in straight sets over Naomi Osaka of Japan.

Kim is now firmly established as one of the greatest female tennis stars of all time and her story is an inspiring testament to perseverance and hard work.

Kim Hyun-joo married an American citizen, Peter Kim, in December of 2012. The two had met while studying in the United States, and fell in love while overseas. When they returned to South Korea, they decided to get married before emigrating to the United States.

Immigration officials were initially against the marriage because of the difference in citizenship statuses. However, after much persistence from both parties, the marriage was allowed to proceed. Kim Hyun-joo and Peter now live in Fort Lauderdale, Florida with their two young daughters.

Joins the US Tennis Team

Kim Hyun-joo, a 23-year-old tennis player from South Korea, has recently joined the United States Tennis Team. Kim is in her second year of collegiate tennis at Stanford University and was one of the top ranked players in her country.

Prior to attending Stanford, Kim played for the Korea National Team and captained the team at both the under-18 and under-20 international tournaments. She also competed on the ITF circuit as well as playing in several WTA tournaments. Her biggest accomplishment to date has been qualifying for the main draw of Wimbledon, where she lost in the first round to world number 46 Karolina Pliskova.

Despite her young age and lack of experience playing against top American players, Kim has already made a big impression on her coaches at Stanford. They are excited about her potential and believe that she has what it takes to become a successful professional tennis player.

Becomes a US Citizen

She grew up in a middle-class family and enjoyed playing soccer and violin. In 2006, when she was 23 years old, Kim moved to the United States to study law at Boston University. After completing her undergraduate studies, she continued her legal education at Harvard Law School, graduating with her Juris Doctor degree in 2013.

While studying law at Boston University, Kim also started working as a lawyer. She first worked as an associate at a law firm in Boston before joining the litigation department of a multinational company as a corporate attorney. In this role, she practiced trademark and copyright law and represented companies in court.

In early 2018, Kim applied for naturalization as a US Citizen. After completing all the necessary paperwork and tests, Kim received her citizenship certificate from the US Citizenship and Immigration Services (USCIS) in March 2018.

Kim Hyun-joo is a South Korean professional tennis player. She has won a total of nine WTA titles, including three singles titles at the Wimbledon Championships, two doubles titles at the US Open, and one mixed doubles title at the French Open. She reached her career-high ranking of world No. 3 in March 2017.

In 2006, Kim reached her first major final at the Australian Open where she lost to eventual champion Maria Sharapova in straight sets. She also competed at the French Open that year but again fell short in the second round to fourth seed Elena Dementieva. In 2007, she made it to her first grand slam final at the Wimbledon Championships but once again lost—this time to Justine Henin in three sets.

The following year, 2008, saw Kim win her second grand slam title at the US Open after defeating Serena Williams in straight sets in the final. At Wimbledon that year she became only the third woman – after Steffi Graf and Henin – to reach both singles finals of a major tournament

Kim Hyun-joo has a remarkable story.

Born in Seoul, South Korea in 1988, Kim attended Sogang University where she studied business administration. It was at university that she first became interested in helping children and began working with an orphanage.

Kim is passionate about helping all children have a better future, and believes that through UNICEF’s work on behalf of marginalized and vulnerable populations worldwide, we can make real progress towards achieving this goal.

Kim Hyun-joo, one of Korea’s most successful female tennis players, announced her retirement from the sport on Saturday. The 36-year-old had a stellar career in which she won 44 singles titles, including 21 Grand Slam tournaments and finished as runner up at three others.

In an interview with the media ahead of her retirement announcement, Kim said that it was time to move on to other challenges in life and that she didn’t have the same passion for tennis anymore. “I am retiring because I have stopped feeling passionate about playing tennis,” she said. “It has been my dream since I was little to win a Grand Slam tournament but now I think it is time to move on.”

Kim made her professional debut back in 1997 and quickly became one of Korea’s leading players. She went on to win 44 singles titles and finish runner up at three others including two Grand Slam tournaments – Wimbledon in 2003 and US Open in 2005. She also reached the semi-finals or better at another 14 events, including five quarter-finals or better.

Despite having a successful career both domestically and internationally, Kim says that she never really felt appreciated by her fans until recently when social media started to play a big role in her life. “Before social media, I wasn’t able to communicate with my fans directly,” she said. “But now they can keep track of my activities easily through various platforms so I feel grateful for that.

Kim Hyun-joo was born on July 18, 1988 in the city of Gwangju, South Korea. She is a Champion weightlifter and Olympic gold medalist. Kim first became interested in weightlifting when she was just six years old, and began to train seriously at the age of eleven. In 2006, she placed second at the World Championships in the 48 kg category. In 2007, she won the silver medal at the World Championships in the 51 kg category. The following year, she became world champion in her division at the 53 kg event.