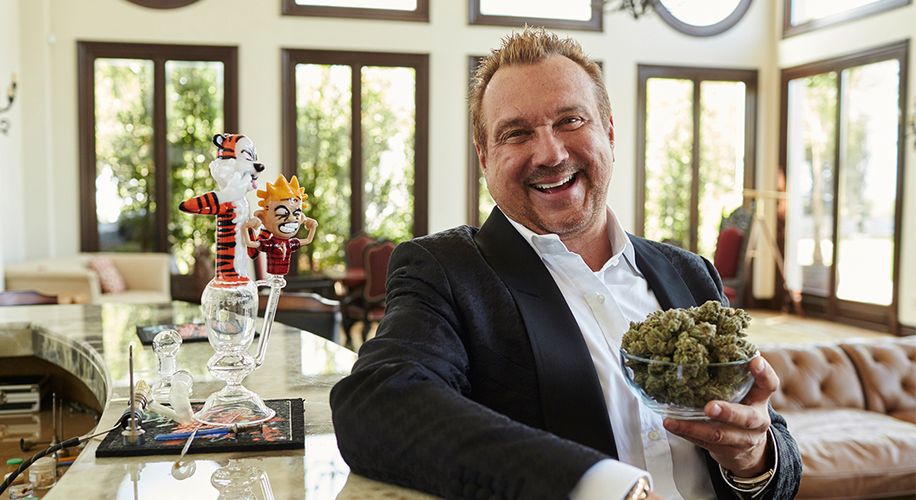 Mike Straumietis, Founder and CEO of Advanced Nutrients, has been involved in a number of partnerships for charitable endeavors throughout the years. This blog post discusses two of these partnerships.

The first is the Jewish National Fund-USA, the leading philanthropic organization for Israel. The group supports a number of important environmental and nation-building activities in Israel’s north and south regions. The organization recently announced that record funds were raised at its yearly L.A. Golf Classic, now called the David Frank Memorial Golf Classic, presented by Advanced Nutrients.

This year’s tournament was a success, selling out tickets for the event held last August 1 at the Riviera Country Club in Pacific Palisades. This was also the seventh straight year the event was held. This year, it was hosted in memory of David Frank. Frank was an active and engaged member of the Los Angeles Jewish community and a distinguished member of the organization’s National and Greater Los Angeles Boards of Directors for over three decades.

Often mentioned as the Israeli military’s “secret weapon,” the Jewish National Fund-USA’s Special in Uniform program is nothing short of life-changing, providing people with disabilities a place in the IDF and the honor and opportunity to serve their country. After undergoing and completing basic training, the IDF assesses each candidate’s skillset and assigns them to a particular branch of service that aligns perfectly with their strengths.

With the unwavering support of Jewish National Fund-USA’s partners and donors, including Los Angeles entrepreneur and philanthropist Mike Straumietis, the Founder and CEO of Advanced Nutrients, the tournament’s title sponsor, the Special in Uniform program has incorporated more than 500 people with disabilities into the IDF.

On a recent trip to Israel, Mike Straumietis visited one of the Special in Uniform army bases and was moved by what he witnessed. Mike says he always dreamed of helping others achieve what may seem impossible initially and champions inclusivity no matter where. He also points out that the Jewish National Fund-USA’s mission is tremendously close to his heart. Mike finds it extremely meaningful to have Advanced Nutrients as a sponsor for this great annual golf tourney for the second year in a row. He also expresses how very grateful he is that he can help young adults succeed in the future.

Proceeds from the David Frank Memorial Golf Classic will go to the Jewish National Fund-USA’s One Billion Dollar Roadmap for the Next Decade program, which has raised more than $941 million to support critical environmental and nation-building activities in both Israel’s Negev and Galilee regions.

The next David Frank Memorial Golf Classic will occur on July 31, 2023, at the Riviera.

The David Frank Memorial Golf Classic is just one of the events in which Mike Straumietis and Advanced Nutrients participated. In 2021, the Advanced Nutrients team met with the Haifa Group at the group’s headquarters and plant in Israel for another series of projects.

Advanced Nutrients, one of the world’s most successful companies, has relied on Haifa’s materials for almost two decades. The company’s Founder and CEO, Mike Straumietis, mentioned that the Haifa Group had been one of the most significant reasons the Advanced Nutrients products are so successful. He also said that he chose the Haifa Group because it has the cleanest and purest products with the lowest amounts of heavy metals.