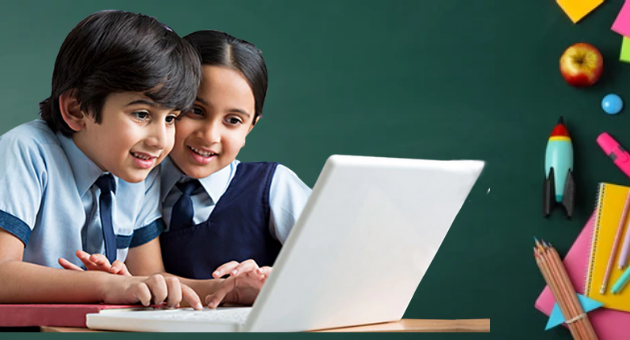 Olympiad is an exam that focuses on developing the logical and reasoning skills of the students. This exam is held for every class separately and the syllabus depends on the respective classes’ criteria.

Students who are preparing to take the IEO for Class 8 are suggested to begin preparing as early as possible. English is a subject that covers various concepts. So it’s better to begin early so that students can have enough time to find their base strongly and the concepts become as clear as crystals. The students need to make sure that they have more than enough time to revise the syllabus. This way they would be able to sharpen their skills better and would not run out of the limited time.

Here are some tips to score well at the IEO for Class 8;

As explained previously, students are suggested to begin preparing for the exam early. They need to make sure that they have enough time to cover the entire syllabus, practice, and revise. Otherwise, students might develop an early frustration and anxiety about the exam due to not having prepared well enough. It will affect their reasoning and analytical skills and they would struggle to answer the questions. The more they struggle the more panic will occur in their mind which is very unhealthy for young minds. So it is recommended not to waste any time and begin preparing in advance.

Some students tend to neglect chapters based on how much effort they need to study and answer the questions. The less effort a student spends on a concept the more neglected they become towards it. This habit is however not healthy and won’t benefit in the long term. Students are always recommended to spend equal effort on all chapters so that they do not develop knowledge gaps later. Knowledge gaps are very hassling for competitive exams because it requires immense analytical skill and time management to be able to answer all questions. If a student does not have an idea about a certain concept then their analytical skill would go in vain because one cannot possibly be expected to grasp the concept right away in the exam hall in time. Therefore, it is suggested to study all syllabi without negligence.

Students are suggested to get familiar with the exam patterns and environment in advance so that they do not face any unexpected situation or the stressed environment of the exam hall does not overwhelm them. The more accustomed they would be to the Olympiad pattern, the calmer and more relaxed their state of mind would become. It is also helpful in improving their time management and their skill of multitasking within a limited time.

Students, who are appearing for the IEO, are recommended to make a timetable for the day-to-day activities to provide enough time for the preparation. The timetable needs to be made with students’ health in mind. It needs to be strategic and the student is suggested to follow the timetable for the preparation. This would ensure that students are having enough time for their activities without compromise. It would also help them in understanding the concept of time management better.

Students are advised to appear for online tests and mock tests held specifically for the IEO for Class 8. If the students take exams regularly then it would be easier to keep their progress in check. If they don’t appear for these exams then they would have a clear idea of which way they are headed. This would provide an insight into the learning and understanding of students. It would also act as an indicator of whether the strategic timetable needs any modification or not, whether any concepts need more effort and attention, and which skills need to be improved. It will provide detailed statistics of the progress of the students. It would also make the students get used to the environment and question patterns of the Olympiad exams. Thus appearing on online tests and mock tests is recommended so that the efforts of students are put in the right direction.

Practising with previous year’s question papers is one of the most reliable ways to make sure the students get used to the tricky and difficult questions of the Olympiad and do not feel any nervousness in the exam hall later. There are several papers and workbooks available for different subjects such as IEO English Olympiad Previous Year Question Paper Class 8 2013. So the students are advised to practice several previous years’ question papers before appearing for the IEO Class 8.

. The IEO conducted by SOF has a separate section for logical reasoning questions because their focus, as previously stated, is to polish the logical reasoning and analytical skills of the students. Students who tend to neglect this part are likely to lose a lot of marks resulting in a poor score in the Olympiads. Therefore, it is advised not to neglect any chapter or concept especially those which involve reasoning.

While preparing for the IEO and working hard, students also need to make sure that they do not neglect their health in any way. Parents or guardians and teachers are advised to pay attention to their mental and physical well-being and make sure that they stay healthy and happy. Mental and physical well-being is crucial for a calm and relaxed state of mind so that the student does not develop frustration and anxiety. By engaging in physical activities students would become more energetic and enthusiastic on the other hand creative mental activities would help in stimulating their brain. Thus, it is suggested that the student stay healthy, happy, and relaxed to score better in the exams.