A bomb attack on a sightseeing bus near Egypt’s famed pyramids killed at least four people and wounded 12 others on Friday, as attackers struck a target near the heart of the country’s struggling tourist industry The Guardian. 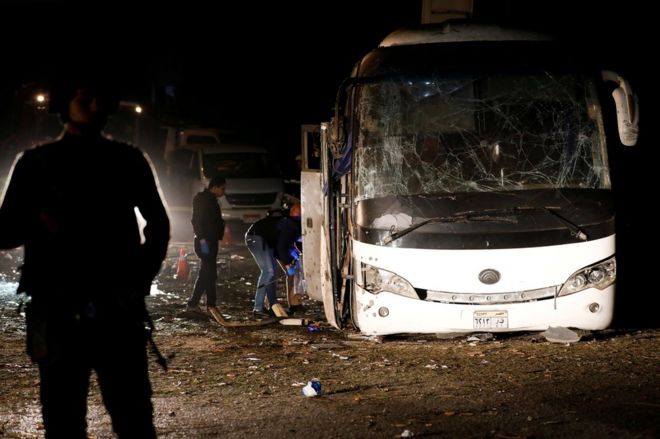